I went into the garden this evening to do a few things here and there… add a bucket of compost in some of the beds here… train up my cucumber on the trellis over there. Sometimes there are things in the garden that you just keep putting off. You really should get to it but you just can’t get around to it. Well awhile ago I posted about saving my Lacinato Kale seed but the thing is I only did a little seed saving and I left the monster plant with thousands of seeds in the garden. The other day when I was in the garden I noticed small seeds all over my path so I knew I needed to tackle the rest of this task. Well today was the day and after an hour in the garden the monster is gone! 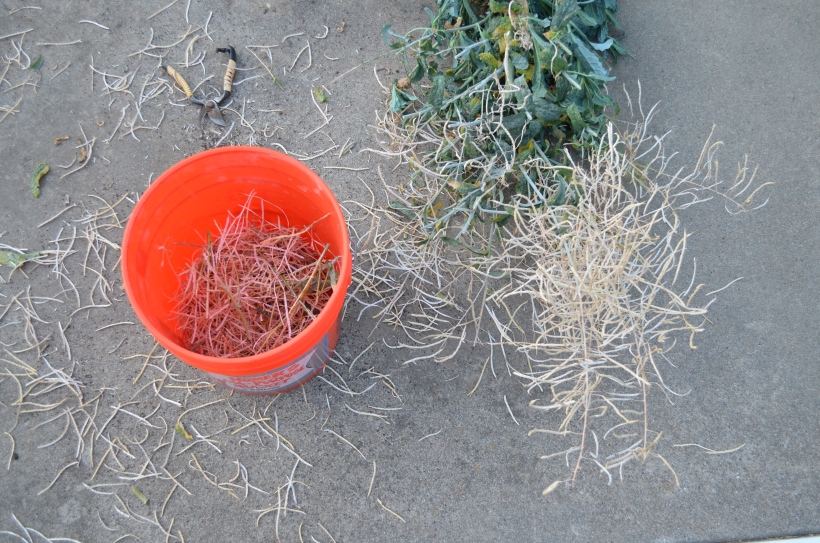 First I started by pulling up the plant. Then I cut smaller branches off so it would fit into a 5 gallon bucket. In the bucket I scrunched up the seed pods with my hands, releasing the seeds into the bottom of the bucket. I took the bigger pieces of seed pods and put those into the compost. Then I grabbed a small pan and my compost sifter. 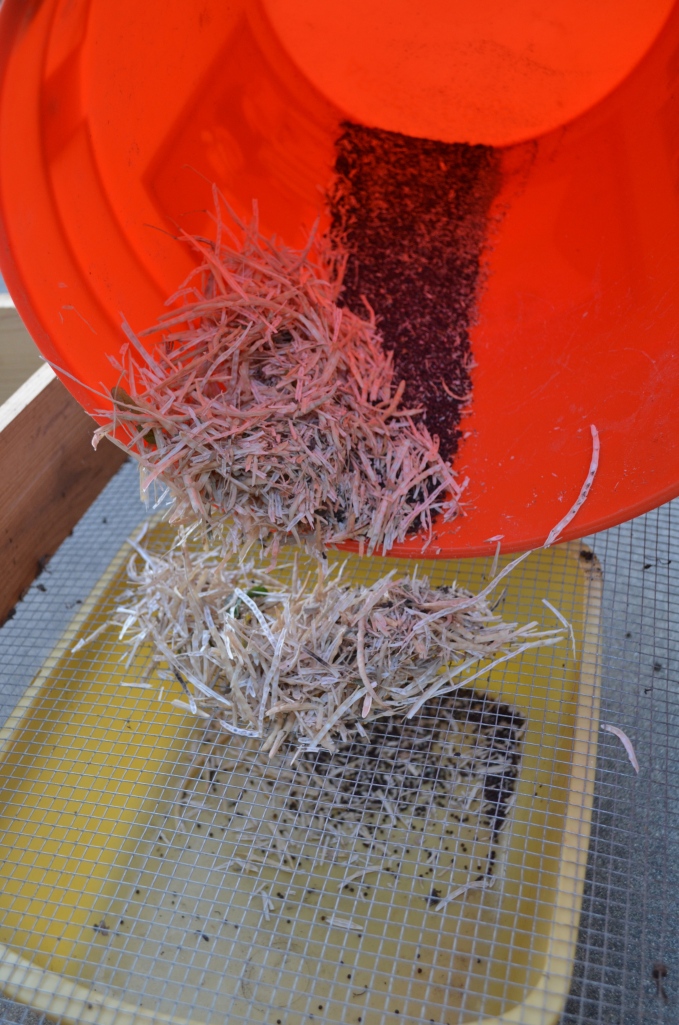 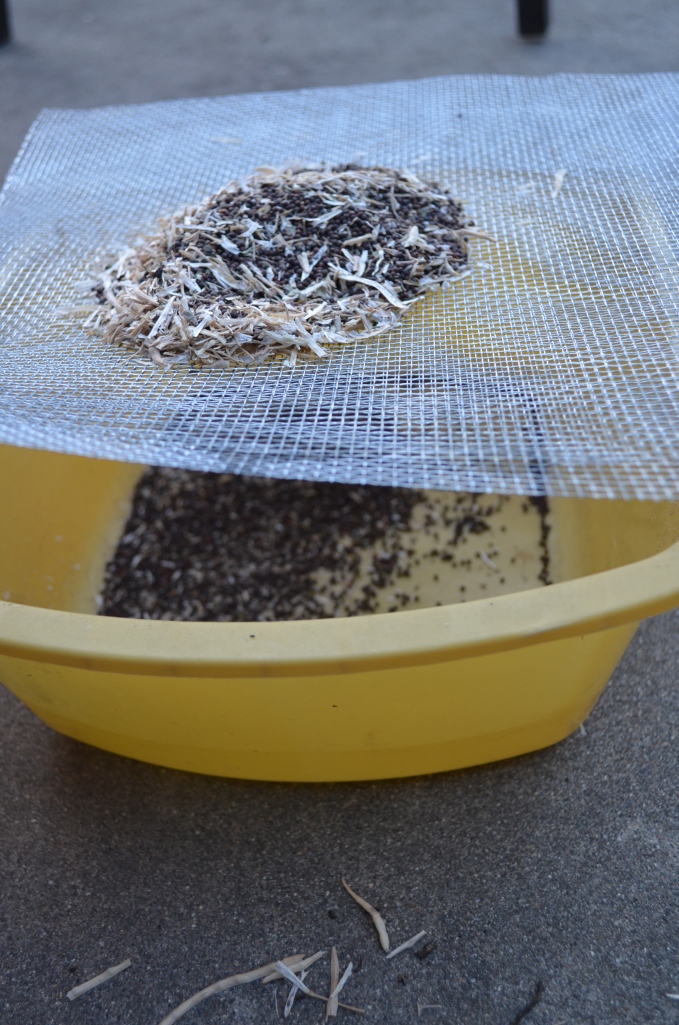 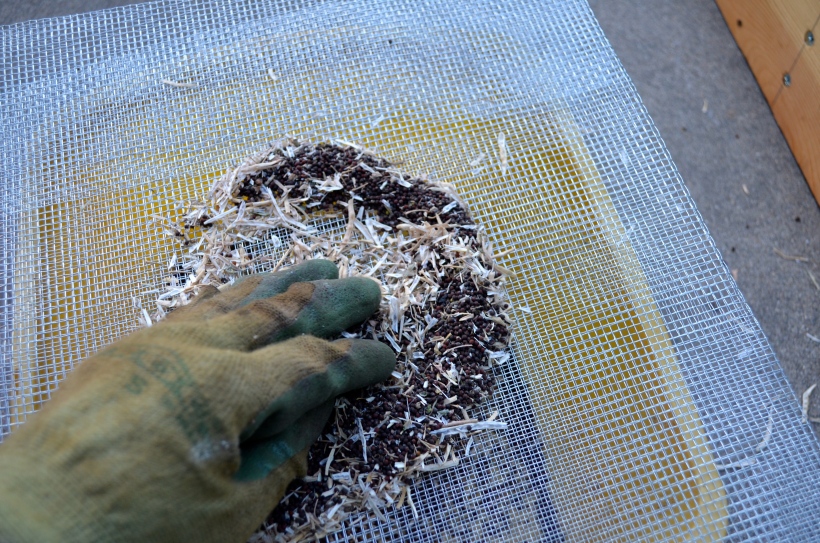 Almost all the bigger pieces were sifted out of the seeds. The rest of the debris I separated by a combination of blowing, using a fan and gravity to separate the seeds and chaff. We don’t have electric fan which would have made this job much easier so we used the low tech method.

I wasn’t able to get all of the debris away from the seeds but it still was pretty good. Look at how many seeds I saved! That is a half pint jam jar almost full of seeds! I have so many that I will have to give a lot away!